The San Jose State Spartans are 2-1 after 3 weeks of college football. They suffered a home loss to Tulsa but managed to beat Northern Colorado and Arkansas. QB Josh Love is completing 62% of his throws for 815 yards, 5 touchdowns, and 1 interception. The rushing game is missing and this will be a big problem against Air Force. Nick Nash who is a QB is the leading rusher of the team with 141 yards and 2 touchdowns.

Air Force is 2-1 after starting the season with wins over Colgate and Colorado but then losing to Boise State. QB Donald Hammond III is completing 56% of his throws on 23 attempts for 238 yards, 3 touchdowns, and 2 interceptions. The passing game is missing but Kadin Remsberg and the running back crew are living up to the expectations. Kadin has 267 rushing yards on 42 carries for 3 touchdowns.

Air Force has the defense to stop San Jose State’s suspect offense. They will only have to prevent them from passing the football and then the offense should run until it reaches the goal line. Easy win for Air Force while also covering the spread. 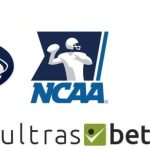 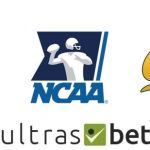