In a game from Alliance of American Football, we will see Arizona Hotshots at San Antonio Commanders.

The winner of the game between Arizona and San Diego will hold the tiebreaker over the loser if it comes to a tiebreaker at the end of the regular season. This is a must win a game for both sides. The Hotshots got a huge win over the Apollos and they will be looking to build on that. However, they have been inconsistent all year long and each good game is followed by a bad game.

San Diego, on the other side, lost a narrow game against the Birmingham Iron last time out. The Iron managed to get away with the W in the last seconds of the game. San Diego played very well offensively against the strongest defense in the AAF and this could serve them well as a preparation for this game.

As we said earlier, Arizona is mixing good and bad games. I expect them to have trouble this time out, especially on the road, against a true home side. I expect the Fleet defense to put pressure on them which will lead to a San Diego victory. 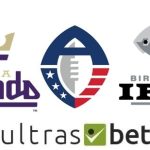 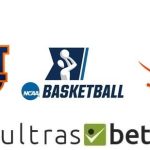