In a game from NCAA Basketball, we will see Auburn at Virginia.

The Auburn Tigers had the toughest path to the Final Four but they still got there. They consecutively defeated North Carolina after knocking down 17 3-pointers and then Kentucky after a 77-71 overtime win. Jared Harper scored 26 points in the game against Kentucky and he was 100% accurate from the free throw line. Bryce Brown scored 24 points on his own with 4 threes. Overall, this is a team that shoots very well from deep and it is averaging the remarkable number of 80.2 points per game on 45.3% shooting from the field.

The Virginia Cavaliers are the only team with a top rank that managed to get to the Final Four. This is, however, their first Final Four appearance since 1984. They beat Purdue a week ago after an 80-75 overtime win. They usually do not score this much but this time Kyle Guy shot nearly 50% from the floor, including 5 threes and he finished with 25 points. Ty Jerome also added 24 points with 4 threes and 7 assists. As a team, Virginia is averaging 71.3 points per game on 47.4% shooting from the field while allowing just 55.4 points per game.

Virginia is a heavy favorite and it should be. However, Auburn is shooting the lights out and I expect this to be a narrow game which will be decided late in the 2nd half. 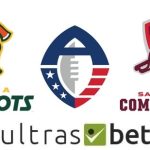 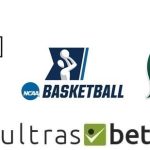