Zenit St. Petersburg hosts Lokomotiv Moscow in the most interesting game from the first round of the Russian Premier League.

Mircea Lucescu had a successful debut at the head of Zenit after last weekend they won the Super Cup success after a 1: 0 victory over CSKA Moscow. Victory against CSKA was the fourth consecutive for Zenit, having previously won the controls against Monaco, Sporting Lisbon and Basel. the team of Zenit will be ambitious to start with a win this season and will look for 14-ir success against this opponent.

Lokomotiv Moscow had strong moments last season but eventually finished in sixth place and will not play in the European club tournaments. They finished with equal points with fifth Spartak Moscow, who already started their participation in the Europa League. In the squad of Moscow Grand can see the names of Vedran Corluka and Manuel Fernandes, who should be the leaders in the team, as they are the most prominent players. In attack, Lokomotiv hasn’t a class striker and should attract such summer if they want something more than a place in the Top 6.

Last season Zenit failed to beat Lokomotiv at home after draw 1:1. In 28 matches against this opponent, however, they only have five losses and is unlikely to lose at the start of the new season. They have already successfully started the new season and showed that they are strong enough without Brazilian striker Hulk, so I expect to make another strong game and win the upcoming game. 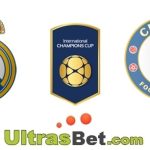 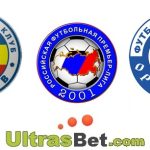