Zenit St. Petersburg hosts Lokomotiv Moscow in the most interesting game from the first round of the Russian Premier League.

This match will be an interesting rivalry between two teams who have huge differences among themselves. While last season Orenburg was part of the second tier of the country, then his upcoming opponent – Rostov became the hit of the season in the Russian elite as was at hand than to win the championship. However, they remained very close to this success and the team remained at second place.

In midweek Rostov started a 2016/17 season with a match against Anderlecht the 3rd qualifying round of the tournament “Champions League” and ended in a draw 2:2. In any case passions team of Rostov, all think about the second leg as their participation in the Champions League is a historic event for them. If they can deal with Anderlecht they will at least ensure their participation in the group stage of “Europa League” so this explains how important the question two games with the Belgians.

This in one way or another will affect the presentation of Rostov at the start of the Premier League and the team will not be able to reveal their potential against the team of guests who will be inspired to start the season well. 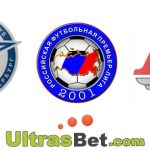 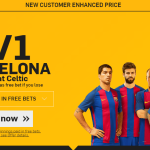