West Virginia will play against Minnesota on Tuesday at Guaranteed Rate Bowl.

West Virginia is 6-6 with 1 win from their 3 games against ranked opponents. They have been part of a lot of close games this season and they came out as winners in most of them. Their losses were usually blowouts by more than 14 points. The Mountaineers average 256.9 passing yards and 127.9 rushing yards per game for 26.8 points. The defense is respectable, allowing 24.3 points per game.

Minnesota has 8 wins from 12 games and 2 wins from their 3 games against ranked opponents. Minnesota even started as a ranked team in most media’s rankings at the beginning of the season. The Golden Gophers have a good rushing game that is averaging 193.8 rushing yards per game. The offense as a whole average just 26.1 points per game. The defense is very good, allowing just 18.3 points per game.

Minnesota is ranked top 10 in both rush defense and pass defense. They are also able to force turnovers and this is what will determine the game winner. West Virginia’s defense is not as nearly as good as Minnesota on both sides of the ball game. 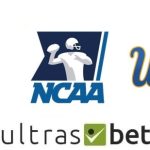 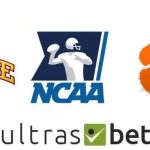