NC State are ranked 18th with 9 wins from 12 games. They’ve played twice against ranked opponents and won one of these games. Out of their 3 losses, only 1 was not narrow and was by more than 3 points. The Wolf Pack average 33.1 points per game while their defense is also amazing, allowing just 19.7 points per game. The offense averages 288.4 passing yards and 126.2 rushing yards per game.

UCLA is 8-4 and also with a win out of 2 games against ranked opponents. The Bruins are a team that relies a lot on the ground game, averaging 215.2 rushing yards per game. The passing game is very efficient, even though it is not utilized a lot. The Bruins average 226.2 passing yards per game and that is mainly because QB Dorian Thompson-Robinson completes 62.2% of his throws for 2409 yards, 21 TDs, and 6 INTs. 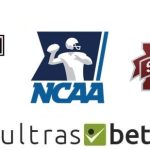 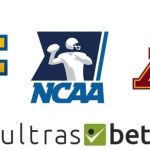