In NCAA Football Week 11, we will see Washington at Oregon State.

The Washington Huskies do not enjoy a very remarkable season so far. After a much more successful 2018 campaign, they are now struggling to meet the expectations. The team, however, managed to beat the 21st ranked USC side while also losing to by just 4 to Oregon. This inconsistency is mainly because the defense is shaky. On offense, QB Jacob Easton is doing it all. He is completing 65% of his throws for 2297 yards, 20 touchdowns, and 5 interceptions. RB Salvon Ahmed is the other star in the show with 712 yards on the ground on 128 carries.

The Oregon State Beavers are 4-4 with only one game against a ranked team and it was Utah. They lost that game heavily- 7-52. QB Jake Luton has been pretty solid this campaign with 19 touchdowns and just 1 interception. He has also thrown for 1930 yards on 60% completion of his passes. RB duo Pierce and Jefferson have combined for over 1000 yards so far and 10 touchdowns.

It will certainly be a battle between two great offenses. Both defenses are leaky and it will lead to many points in the red zones. 65 points is certainly a line that can be covered, having in mind how rarely these teams turn the ball over and how they execute the third downs. 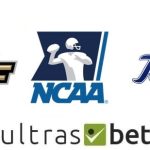 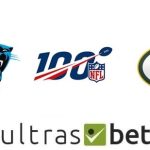