In Sunday Night Football Week 10, we will see Minnesota Vikings at Dallas Cowboys.

The Minnesota Vikings were on a 4-game winning streak before losing to the Kansas City Chiefs last week and their backup QB. Matt Moore was a high school coach last year before getting the job in Kansas and Minnesota‘s defense is certainly underachieving this year. The team has many playmakers on both sides of the ball but they still can’t get things working. Kirk Cousins is always playing well when not on national televesion but this will be the case this time when they face the Cowboys late on Sunday.

The Dallas Cowboys, on the other side, are also underperforming. With 8 games left of their season, they thought that they will be better than 5-3 at this point of the season. The team suffered three straight losses between week 4 and week 7 and the ones against the Saints and against the Jets were very surprising. They, however, have turned things around since then and managed to secure victories over divisional opponents. QB Dak Prescott is completing 70% of his throws for 2380 yards, 15 touchdowns and 8 interceptions while RB Ezekiol Elliott has rushed for 741 yards and 6 touchdowns.

For the past 3 years Minnesota has a record of 0-14-1 against opponents with winning records when playing on the road. The Cowboys are playing better than them at the moment and it is only natural to feel that this will be a home win. 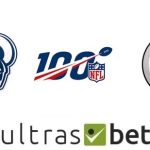 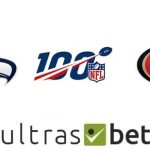