In NCAA Football Frisco Bowl, we will see Utah State at Kent State.

The Kent State Golden Flashes are 6-6 but they faced some tough opposition early in the season. They played Appalachian State, Auburn and Wisconsin which they lost by more than 20 points each. They, however, managed to beat Buffalo, Ball State, and Eastern Michigan consecutively in the last 3 weeks while averaging over 30 points per game but allowing a big amount as well. QB Dustin Crum is a dual-threat QB that is causing trouble not only through the air but on the ground as well.

The Utah State Aggies are much better, even though they are just one win ahead of Kent State. The Aggies faced Boise State, BYU and LSU and they lost to each of them. QB Jordan Love is completing 60% of his throws for 3085 yards, 17 touchdowns, and 16 interceptions. RB Gerold Bright is helping him with 827 yards on the ground and 8 touchdowns.

Utah State is the better team and their schedule was a lot tougher. Kent State is able to keep the games close but I doubt that they will get anything out of this one, having in mind that Utah State can be more explosive on offense and the Golden Flashes’ defense can’t do anything to stop them. 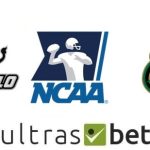 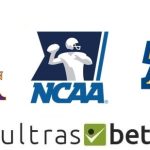