In NCAA Football Week 8, we will see UCLA Bruins at Stanford Cardinal.

The UCLA Bruins are 1-5 on the year and they lack any kind of defense. They are allowing 37.7 points per game while scoring just 26.2 points. Last time out, they conceded 48 points to Oregon who is not a very respectable opponent in a game where J. Luton scored 5 touchdowns against the Bruins’ defense. On the other side, Austin Burton had 41 passing attempts and he threw for just 1 touchdown and 236 yards.

The Stanford Cardinal are 3-3 on the season and they are coming off a very prestigious win over Washington, 23-13. The defense did not allow the Huskies to score much and forced 1 interception. QB Davis Mills was perfect for the Cardinal, throwing for 293 yards and 1 touchdown but the most important thing was that he did not throw any picks. RB Cameron Scarlett also had a good outing, rushing for 151 yards on 33 carries and 1 touchdown.

UCLA is too bad on defense to consider them as a good option for covering the spread. Stanford will be playing at home and the team faced so much tougher opposition so far in the season that they will find this game very winnable. 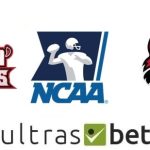 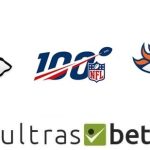