The Kansas City Chiefs are 4-2 on the season with two consecutive losses. The team did not manage to beat both the Colts and the Texans in games where they could not stop the run at all. In the game against the Texans, Mahomes even threw his first interception of the year but the good thing was the return of Tyreek Hill. They were trailing for most of the game and that is why RB LeSean McCoy was only needed 8 times to carry the ball for 44 yards.

The Denver Broncos are 2-4 on the season and last time out they just dominated the Titans and the opposition QBs. Ryan Tannehill replaced Marcus Mariota but he only threw an interception. QB Joe Flacco couldn’t throw a touchdown but he did not make many mistakes. RB Phillip Lindsay had 15 carries for 70 yards and 1 touchdown.

A 48.5-point line is too much to ask for with the great Denver defense that is just coming off 2 wins. The Chiefs are still looking for their offensive face. I can barely see both teams scoring more than 24 each even with the great Mahomes at the helm. 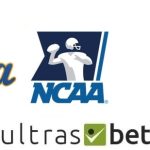 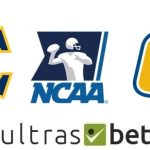