Toronto Raptors will play against Orlando Magic at Amway Center in Orlando.

Toronto Raptors has 13 wins and 4 losses since the start of the NBA season. Toronto recorded their 13th victory this season on Saturday when they beat Chicago with 122-83. With this success, the guests put an end to their series of three consecutive games without a victory. Toronto suffered defeats from Boston, Detroit, and New Orleans before he convincingly beat Chicago. Fred VanVleet was the most successful in this match with 18 points. Kawhi Leonard is Toronto’s top scorer so far with 24.8 points per game. He is also the best in the rebounds for the guests with 8.4 average per game since the beginning of the season.

Orlando Magic have nine wins and eight losses this season. The hosts will strive to defeat Toronto’s strong team on Tuesday. Orlando Magic is currently in a series of three consecutive wins. On Sunday they defeated New York Knicks s 131-117, a day before they beat the Los Angeles Lakers with 130-117. Nikola Vucevic is performing very heavily for the hosts this season, with an average of 20.4 points per game. He scored 36 points on Saturday for Los Angeles Lakers, and Aaron Gordon scored 31 points in the last match. In my opinion, Orlando Magic can use its home advantage and win this game against Toronto Raptors. 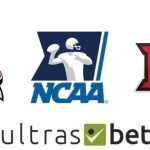 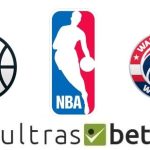