Toledo will play against Western Michigan in Week 11 of NCAA Football on Wednesday.

Toledo had an awesome game in terms of running the football last week. They rushed for 310 yards and the passing game was also intact- putting 214 yards on the Bowling Green Falcons. There were plenty of 20+ yard rushers for the Rockets. Seymour, Koback, QB Eli Peters, Micah Kelly, and Jacquez Stuart both helped the team get what they deserve on the ground and were a big part of the team’s success. QB Eli Peters finished the game with 4 passing touchdowns as well.

Western Michigan had an amazing week 1 of their season as they beat Akron, 58-13. Their offense was also impressive as they went to rush for 218 yards and pass the ball for 266 yards. It was a very balanced performance from the whole team and the defense also kept Akron to just 13 points. QB Kaleb Eleby was asked to throw the football just 16 times and he completed 12 of those throws for 262 yards.

Both teams look capable of stopping the run and they have some good playmakers on defense. It will most probably become a game of who can pass the ball better and I like Western Michigan as they protect the quarterback much better. 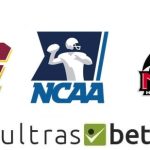 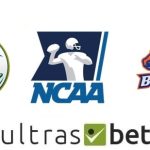