In a game from NCAAF Week 6, we will see Texas Longhorns at Oklahoma Sooners.

Baker Mayfield, the number one draft pick in 2018, was needed late in the game when these two teams last met. His heroics against Texas helped him win the Heisman Trophy. This time around heroics might not be needed at all. Kyler Murray is completing 75% of his passes over the last three games. He threw 6 touchdown passes against Baylor and he ran for 45 yards and a score.

The Texas’ defense has played fantastically this year against USC, TCU and Kansas State. Their run defense is one of the best in the country and it will be hard for anybody to get good yards against them. The secondary is a bit underrated as they have 6 picks so far.

I expect Texas to keep this game close until the end when Oklahoma’s offense will prevail. UT doesn’t have any pass rushers on defense and I expect Murray to benefit from that. The game has been decided by fewer than seven points over the last four meetings, and it’s about to happen again. 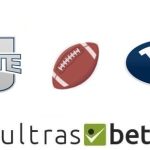 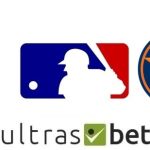