In NFL Week 1, we will see Houston Texans at New Orleans Saints.

The Houston Texans finished with 11 wins last year but they will enter this season without the injured Lamar Miller and Jadeveon Clowney who is expecting a trade. Deshaun Watson is a baller and he managed to get several key wins late in the games last season, even though the offense was suspect. Defensively, Houston looks very good but it needs to be at a very good level against the Saints’ high-powered offense.

The Saints finished as one of the top seeds last year but had a heartbreaking loss to the Los Angeles Rams in overtime. They were so close to get over the hump but they couldn’t make some key plays. Drew Brees, Alvin Kamara and Michael Thomas is probably the best offensive trio in the NFL while on defense, there are many playmakers such as Cameron Jordan and Sheldon Rankins.

The Saints have the better players overall and their offense will certainly score more than the Texans. And we all know that this game is played on points and whoever scores the more points will win the contest. Houston has the better players on defense but the Saints’ offense is too good and I don’t believe the Texans have what is needed to keep this game close, especially in Louisiana. 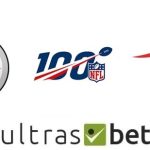 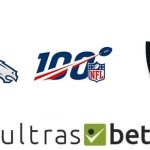