In a game from NFL Week 9, we will see Tennessee Titans at Dallas Cowboys.

Both the Titans and the Cowboys are standing at 3-4 at the moment. Tennessee is on a 3-game losing streak and they have also lost 5 of their last 7 road games. Marcus Mariota is having a down year and it is reported that the Titans might be looking for a replacement at the end of the season. Mariota has thrown 3 touchdown passes and 5 interceptions in the first 7 games. The only positive thing about Tennessee is its defense which is allowing 18 points per game.

Dallas had a bye week and before that, they lost a nail biter at Washington and won against the Jaguars convincingly by 40-7. The Cowboys added Amari Cooper for a third-round pick and I really think that he will improve their offense. Dak Prescott will benefit from this move and it will also take the pressure out of Ezekiel Elliott’s shoulders. On defense, the Cowboys are good, allowing just 17.6 points per game.

Dallas is a different team at home and I expect them to do well in this contest. The Titans’ poor offense is becoming an issue that might not be solved by the end of the year. This leads me to believe that the Cowboys will win very easily this one by covering the spread. 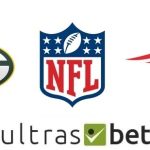