The Tampa Bay Buccaneers finished the season with just 5 losses and they have their first playoff appearance in a long time. The offense is free-flowing with Tom Brady in charge. The Bucs are averaging 30.8 points per game with 289.1 passing yards. They have the ability to absolutely neutralize the opponents’ rushing game as they are first in the league in rushing yards allowed. The defense is also decent, giving up just 22.2 points per game.

Washington won their division, even though they had just 7 wins this season. QB Alex Smith is the talk of the league as he returned after a ferocious injury and led his team to a playoff appearance. He has completed 66.7% of his passes this season for 1582 yards, 6 touchdowns, and 8 interceptions. Ron Rivera is a defensive head coach, and Washington does not have any issues on that front, but they can do with a little more help on offense.

Washington has really counted on RB Antonio Gibson to give them yardage this season and he will be neutralized by Tampa Bay. The Bucs will ask QB Alex Smith to throw the football on numerous occasions which will lead to one or two interceptions- enough for the away team to take the win and cover the spread. 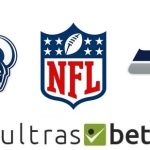