The Los Angeles Rams are 10-6 and squeezed their way into the playoffs by beating the Cardinals last week. They have the best defense in the country by a mile. It is only allowing 18.5 points per game but there is a lot to be desired on offense. The Rams are averaging 23 points per game on 250.9 passing yards and 126.1 rushing yards. The offense is really interesting as the Los Angeles team does not have a leading rusher but many people able to hit the ground.

The Seattle Seahawks are 12-4 and on a 4-game winning streak but there is this odd feeling about them. QB Russell Wilson is still being asked to do miracles, in order to keep his team intact. The defense can be really shaky at times and they still don’t have a reliable running back. Wilson is scrambling a lot from the pocket and his 513 rushing yards have mostly come from this.

Seattle beat the Rams two weeks ago but there were a lot of injured players in the Los Angeles’ squad. Wilson was just kept to 1 passing touchdown in that game while earlier in the season, the Rams beat the Seahawks and Wilson threw 4 interceptions. Los Angeles’ defense seems capable of containing the opposition’s offense and I’ll take the points here. 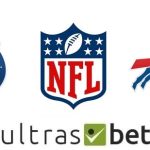 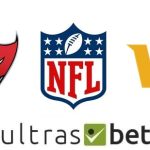