The Pittsburgh Steelers will have the opportunity to start a quarterback nobody knows. Devlin Hodges brings athleticism to the table and he seemed fearless against the Ravens. Hodges completed 7 out of 9 passing attempts for 68 yards, no touchdowns and no picks. The team is underperforming and it doesn’t get much better when they will face the Chargers in Los Angeles. RB James Conner is having a tough season with just 194 rushing yards on 58 carries for 2 touchdowns.

The Chargers are 2-3 on the year and are just coming off a loss against the struggling Denver Broncos with Joe Flacco. Philip Rivers is playing below his standards and he already has 4 picks on his resume. The absence of Melvin Gordon is significant and Austin Ekeler is not good enough to replace him. He is rushing for 227 yards which is good for 3.8 per carry.

The Chargers have a great crew that I expect to bounce back in style in this one. The Steelers will start a third string quarterback and I doubt that he will be able to put up with the pressure in LA. 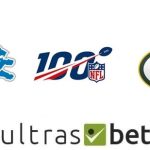