Spain will play against Costa Rica in a match from Group E in Qatar.

Even though Spain is not one of the favorites to win the World Cup this year, we shouldn’t forget that they reached the Semis in the Euro Championship last year. Spain plays very attractively, and the only nod against them is that they are very young. From time to time, you can expect to see the Spaniards losing randomly to weaker sides. As they were preparing for the World Cup, they lost just once in the UEFA Nations League.

Costa Rica qualified for the World Cup after a playoff against New Zealand. To me, Costa Rica is the weakest team in the tournament. The CONCACAF qualifiers give three places for the World Cup directly and one playoff spot. If Costa Rica couldn’t fight off Canada, Mexico, or USA for a direct place in the World Cup, I don’t see how they stand a chance against much stronger opponents such as Spain.

Spain likes to play with the ball and usually possesses it for the majority of the time. This leads to a lot of plays in the opposition’s half and near their box. During the Euro Championship, Spain dominated the corners. I expect them to play the same and have lots of corners as Costa Rica will be mostly defending themselves. 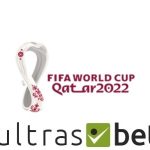 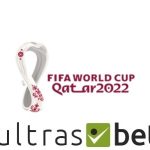