Germany will play against Japan in the first match of Group E in Qatar.

Germany is in rebuild mode. They won just one out of their last 6 official games. The win came against Italy in a high-scoring game, but failed to beat England and Hungary in the rest of the matches. Germany likes to score and concede in bunches. Their games are usually entertaining because you can expect many goals to be scored. Timo Werner is injured and will miss the World Cup, but Nico Fullkrug is in form, and you can expect to see him perform well if he gets the chance.

When needed, Japan can score. I don’t expect to beat Germany, but it’s likely that we’ll see at least 3 goals in this game. Germany likes to concede and its defence does not look respectable. 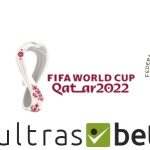