Serena and Elena will play the first semifinal in Wimbledon. The game will start at 11:30 UK time.

Serena Williams (world number 1) lost only one set in the round of 64 against Christina McHale and after that, she beats Annika Beck (6-3 6-0), Svetlana Kuznetsova (7-5 6-0) and in the quarterfinal Anastasia Pavlyuchenkova (6-4 6-4) to reach the semifinal.

Elena Vesnina (world number 50) is the big surprise in Wimbledon among women. The Russian beat Tamira Paszek, Andrea Petkovic, Julia Boserup, Ekaterina Makarova and Dominika Cibulkova to earn her spot in the semifinal. She also plays very good and lost only one set against Makarova and beat her in the final set with 9-7 in the round of 16.

Williams and Vesnina played 4 times and the American won all of them. They never play on grass before. Serena is definitely the favorite not only in this clash but to win the whole tournament but I think that the Russian will win at least one set because we saw this year that under pressure Williams lost easy sets. 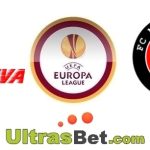 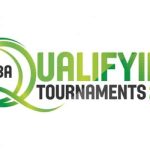