In a Divisional Playoff from NFL, we will see the teams of Seattle Seahawks at Atlanta Falcons on Saturday.

The Falcons have a good offensive line this year that can protect Matt Ryan. In the past, Ryan was not protected very well by his teammates and this led to multiple interceptions due to throwing the ball earlier than he would have liked. The Seahawks are explosive through the middle but mostly against the rush, not against the quarterback. That’s why I expect Ryan to have plenty of time throwing the ball to his excellent receivers. Trufant is expected to be back in the lineup covering Doug Baldwin on each down.

The Seahawks’ offensive line is poorer than Atlanta’s and Vic Beasley and company will probably have a great time on Sunday getting to Russell Wilson at will. He will have to make early throws in order to prevent the Falcons of sacking him. Jimmy Graham will be the key player on offense who will get the most targets and it’s up to him if the offense is floating.

Atlanta has the best offense in the entire NFL while the Seahawks’ running game is missing and it will be just Wilson’s abilities to throw the football that will matter on Saturday. That’s why I expect Falcons’ defense to show up, knowing that they had an extra week to prepare for this test. 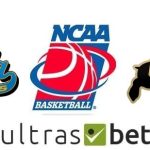