Seattle Seahawks will play against Philadelphia Eagles in week 12 on Monday Night Football.

The Seattle Seahawks lost 2 of their 3 games against the Bills and the Rams but turned it over last week with a win over the divisional rivals Arizona. It looks like they have a big problem on defense as they are allowing experienced opponents to get the better of them. Seattle’s defense is the 5th worst in the league in points allowed with 28.7 per game, however, the offense is making up for this, averaging 31.6 points per game.

The Philadelphia Eagles are still with a losing record of 3-6-1 but surprisingly they can make the playoffs. Their division is very weak and unpredictable. Now, back to Philly, they lost 2 consecutive games prior to this one against the Giants and the Browns. The offense rarely gets anything going and Carson Wentz looks as doomed as ever. He does not have a supporting cast but he is also very careless with the football, completing just 58% of his passes and having a 14:14 TD:INT ratio.

I just don’t see Philadelphia competitive in this one. As bad as Seattle’s defense is, the Eagles can end up in a situation that their inability will lose them the game and not Seattle’s great play. Russell Wilson will still do his thing and get points scored quickly which will give the Seahawks the comfortable lead and make Carson Wentz throw the football. 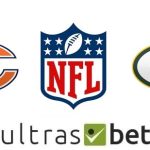 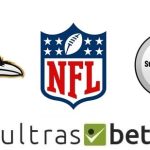