In NFL Preseason Week 2, we will see Seattle Seahawks at Minnesota Vikings.

The Seattle Seahawks are coming off their first preseason victory which happened to be against the Denver Broncos. Paxton Lynch played very well against his former team while Geno Smith also contributed a lot. Both of them finished with 167 passing yards combined, 1 touchdown and 0 interceptions. Jazz Ferguson was the star on the field, having 54 receiving yards, even though he was guarded very well. He also managed to score a touchdown.

The Minnesota Vikings also opened the preseason with a win. They managed to beat the New Orleans Saints 34-25 behind Kirk Cousin‘s and Sean Mannion‘s great play. Mike Boone had just 4 carries in that game but he exploded for 71 rushing yards while Tyler Conklin lead the team in receiving yards with 56 on just 2 caught passes. The Vikings‘ biggest problem was the turnovers and they will try to resolve this as soon as possible.

The Seahawks have two quarterbacks like Geno Smith and Paxton Lynch who once were NFL starters and they have faced much better defenses throughout their careers. I will pick them to get another W or at least cover the spread against Minnesota. 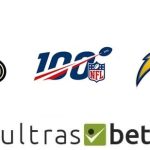