The Seattle Seahawks look healthier in recent weeks and managed to get 2 wins from their last 2 games against the 49ers and the Texans. The Seahawks’ offense, however, continues to be one of the worst in the entire league, averaging 205.8 passing yards and 104.4 rushing yards per game. The defense this time around is much better allowing just 20.2 points per game.

The Los Angeles Rams got out of their slump with two wins over the Jaguars and the Cardinals. It was extremely impressive to see them win over the Cardinals on the road. The Rams forced Kyler Murray to throw 2 INTs and attempt 49 passes in the game. QB Matt Stafford, on the other side, finished the game with 287 passing yards on 23 for 30 passing and 3 TDs. WR Cooper Kupp was amazing, finishing the game with 123 receiving yards and a TD on 13 receptions.

The Rams are the better team this season while the Seahawks look like a mess. Seattle struggles on offense and have already lost to the Rams at home earlier in the season by 9 points. I don’t see why this can’t be repeated again as the Rams look healthier and OBJ might have finally found his rhythm. 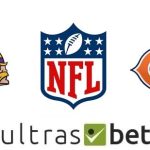 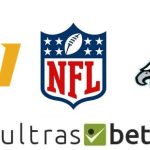