In a game from NCAA Basketball, we will see Santa Clara at Gonzaga.

Santa Clara is 15-3 so far this season and even though it is a small school playing against other small schools, it is still remarkable what they have achieved. The team is averaging 78.4 points per game and allowing 66.7 but the players do not have any outstanding individual numbers. The Broncos are one of the best distributing teams in the whole country and that is because of the coaching. They are averaging 16.7 assists per game.

Gonzaga is once again one of the best teams in the country and according to the rankings, the Bulldogs are actually THE BEST team. They suffered only one loss which came against Michigan. Apart from that, they have beaten any ranked opposition and the numbers they put on the boards are impressive. Gonzaga is averaging 87.8 points per game(2nd in the country) and allow 67.3 points. Whatever I said about Santa Clara about coaching and distributing the basketball is valid for the Bulldogs as well- they are averaging 18.2 assists per game(6th in the country).

I like Santa Clara’s story but they will play on the road against the best team in the country. Even though the Bulldogs will play a few backup players, they will be motivated to take the chance and perform well. 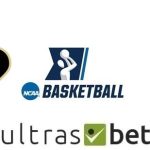 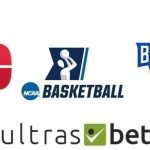