In a game from NCAA Basketball, we will see Colorado at Arizona State.

The 20th ranked Colorado side is currently 13-3. The team started the season really well with 7 consecutive wins before losing to Kansas, expectedly. The team does not have any special talent but the players are very tough on defense. The Buffaloes are 27th in points allowed in the whole country with 61.3 per game and they are also scoring 73. McKinley Wright IV is averaging 13.6 points per game while Tyler Bey is a beast under the rim. He is averaging 13 points per game and 9.8 rebounds.

The Arizona State Sun Devils are 10-6, following a loss to the Oregon Ducks. The team is averaging 73 points per game on offense and allowing 69.3 points per game on defense. The squad does not have any special traits. These are some very inconsistent guys who are capable of anything- good and bad. Remy Martin is the team’s leading scorer with 19 points per game while Alonzo Verge is adding 12.8 points as well. On the other hand, Romello White is a monster in the paint as well with his near double-double stats. He is scoring 10.5 points per game and getting 9.8 rebounds per game.

Colorado is certainly the better team but they have not won any games against the elite competition this year. They faced some very weak sides earlier this season and that is why they started 7-0. The Buffaloes have not been that solid since and I believe this is a game where they will struggle. 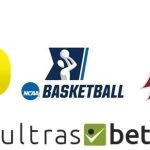 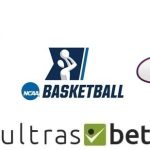