San Jose State will play against San Diego State in Week 10 of NCAA Football on Friday.

The San Jose State Spartans are 2-0 after beating Air Force and New Mexico. The offense is mainly relying on passing as the ground game is not that solid. The Spartans are rushing for just 83 yards per game while they are passing for 353 yards per game through the air. QB Nick Starkel is playing very well, completing 73.7% of his throws for 693 yards, 7 touchdowns, and 1 interception.

San Diego State is also 2-0 as they beat UNLV and Utah State. Both of their opponents were really weak and they scored an average of 6.5 points per game against San Diego State. The Aztecs are also scoring 36 points per game against such sides and currently have the number one rushing attack in the country. RB Greg Bell has rushed for 268 yards and 2 touchdowns on 41 carries. QB Carson Baker is rarely asked to throw the football and he is not that accurate.

The Aztecs have a really good secondary that should be able to neutralize Nick Starkel and this San Jose State offense. San Diego State will be able to control the clock, get an early lead, and smash the Spartans. 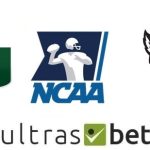 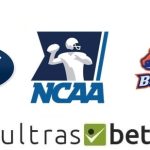