BYU will play against Boise State in Week 10 of NCAA Football on Friday.

BYU is 7-0 but the Cougars still haven’t faced a ranked opponent. They will have the opportunity to do that today against Boise State who is ranked 21st in the country. BYU’s offense is ranked 8th in points scored with 44.4 per game, 12th in passing yards with 337.7 per game, and 34th in rushing yards with 190 per game. QB Zach Wilson is playing extremely well, completing 74.6% of his passes for 2152 yards, 19 touchdowns, and just 2 interceptions.

Boise State is 2-0 after starting their season a lot later than BYU. In the two games they played, the offense was really solid, averaging 45.5 points against Utah State and Air Force. The defense allowed 21.5 points per game. QB Jack Sears is completing 82.6% of his passes for 291 yards, 3 touchdowns, and 0 interceptions. The Broncos are not really running the football and they prefer to attack through the air.

Zach Wilson looks like a top QB prospect and I really can’t bet against him at the moment. I haven’t seen enough from Boise State while BYU look a lot more prepared for this game. The Cougars are a legitimate top 10 team and should get this W on the road. 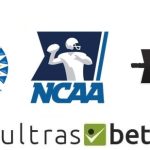 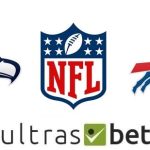