In FCS Football Week 14, we will see San Diego at UNI.

The San Diego Toreros started the season with two losses but they have been perfect since then winning all 9 games. Their ground game is just on another level at the moment. RB Joseph Binda Jr. is just on another level. He rarely has a game with less than 100 rushing yards. The defense, however, on the other side, can’t stop almost anything, especially the run. Whatever Joseph Binda Jr. gets as yardage on offense, the defense gives up on the side of the field.

The Northern Iowa Panthers had a much tougher schedule and they have an 8-4 record. They rely mainly on the passing game because their ground game is not as good as the oppositions’. QB Will McElvain is not playing well at all in recent weeks and he even threw 3 interceptions against South Dakota State 2 weeks ago. The defense seems to be doing well but there is a lot that can be desired from the offense, especially against above .500 teams.

I know that Northern Iowa almost beat a ranked team early in the season and they have better players on both sides of the field but 12 points is too much. San Diego has the ability to score in bunches and I think that this will be a much closer game than everybody thinks. 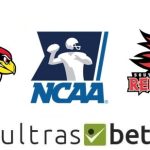 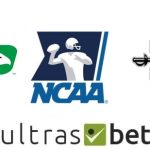