In a game from Alliance of American Football, we will see San Diego Fleet at Arizona Hotshots.

Both the San Diego Fleet and the Arizona Hotshots are in the hunt for a playoff spot. Both teams are also 3-3 but the Fleet are the team in form out of these two. The Hotshots started the season really well with 2 wins in a row and but then lost 3 games consecutively. Last week, they managed to beat the Apollos in an absolute thriller by 5 points and John Wolford finally got back to winning ways.

Meanwhile, the Fleet have been inconsistent on the ground this season. RB Ja’Quan Gardner had two 100-yard games this season and both of these games turned out to be a success for the Fleet. San Diego is living and dying by the rush and against the Arizona defense that is unable to stop the run, I expect them to do well.

Arizona RB Jhurell Pressley is probably the best rusher in the league, however, it will take more than his efforts for Arizona to get the victory. I expect this to be a close game with the Fleet coming out on top due to the Hotshots’ inconsistent level of play on defense. 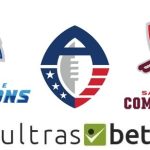 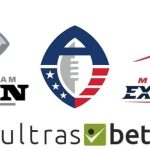