Rostov hosts Anderlecht in a game first leg from third qualifying round of Champions League.

Rostov made a sensation by taking second place in the Russian championship 2015/16, 2 points less the champion CSKA Moscow. Rostov losses 0:1 in preparation game against the modest team of Heidenheim. Before that they beat Slovan Liberec 2:0 and made a draw against Trencin 1:1. Rostov was abandoned by several players this summer, but generally, their main players remained in the team and is unlikely to be wary of anything before the match with Anderlecht.

Anderlecht is 33-times champion of Belgium – the biggest team in the country. They can rely on his experience of the European Cup. Last season, the Belgian club finished on second place in Group J of the Europa League between Tottenham and Monaco having beaten both teams. They reached 1/8th finals where lost from Shakhtar Donetsk in both games – 1:3 and 0:1.

AIn his return on the Champions League, Anderlecht will seek above all to get a good result in Russia before the second leg. They are reinforced with a lot of players this summer, having spent over 10 million euros for selection. I think that they are a class team and will not lose this game. 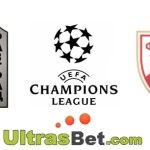 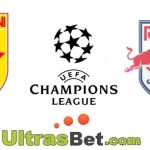