Partizani Tirana will host Salzburg in the game from the 3rd qualifying round of Champions League. The match is on Tuesday and will start at 19:00 UK time at “Elbasan Arena”.

Partizani Tirana, the second team in Albania, did their best so far with the chance that they get to participate in Champions league qualification after the champion of Albania Skënderbeu Korçë was banned from Europe for match-fixing. Their opponent in the 2nd round was the champion of Hungary Ferencváros and the both games ended draws 1:1 and with no goal, in extra time Partizani Tirana won with penalties and advanced.

Salzburg, the champion of Austria, didn’t meet big difficulties against Liepāja in the second round and with two wins – 1:0 at home and 2:0 in Latvia, they continue to the 3rd round. On Saturday Salzburg played their first match from the new season in the Austria Bundesliga and lost from Sturm Graz with 3:1.

I think that the fairytale for Partizani Tirana in Europe will end because Salzburg is much classier and stronger team so I expect that they will win in Albania to decide everything and concentrate in the championship. 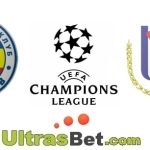 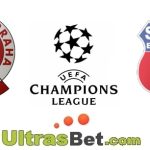