The Las Vegas Raiders started the season really well with 5 wins from their first 7 games. But since then, things haven’t been the same, and the Raiders lost 3 straight. This includes a loss to the struggling Giants who can’t even rush the football and are playing without good wide-outs. Last week, the Raiders lost against the Bengals 32-13 in a game where they got just 13 1st downs compared to the 23 1st downs Cincinnati got.

The Dallas Cowboys are in a bit of a slump as they won just 1 of their last 3 games. Their win came against Atlanta at home but lost to the Broncos and the Chiefs. The Chiefs forced Dallas to commit 3 turnovers and this really decided the game. QB Dak Prescott had a decent outing but he threw 2 interceptions and cost his team the win.

The Cowboys scored just 9 points against the Chiefs. The last time they scored under 20, they bounced back with a 40-point win. I don’t think they can get to a 40-point win but they will definitely take this out on the Raiders. Dallas is 4-1 at home and won all of their home games by more than a TD. 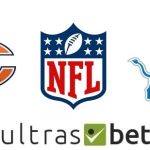 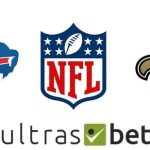