The Las Vegas Raiders are 6-7. After their great start of the season when they won 5 of their first 7 games, they then went downwards. They have only won 1 game since then and that was against the Cowboys on Thanksgiving. Last week, the Raiders were dismantled by the Chiefs, 48-9. They still have the second-best passing offense in the game, averaging 287.8 passing yards per game. They, however, have the second-worst defense in the league, allowing 27.7 points per game.

The Cleveland Browns are also 7-6 but their recent form is a bit better. They have won 4 of their last 7 games while usually keeping opponents to a few points. Their only big loss during that span came against the Patriots but that was mostly the exception to the rule. As a whole, the Browns score 21.4 points per game and allow 22.2 points.

Cleveland has a lot of players on the Covid-19 protocol and it’s likely that more players will follow soon. That’s why it is very tough to predict this game but we will work with what we know for now. Cleveland’s defense will definitely be weakened and we can expect the Raiders to have a free-flowing game. The Browns, on the other side, should also play fairly well against one of the worst defenses in football, despite the fact that Baker won’t play. 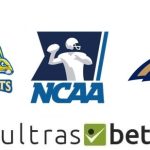 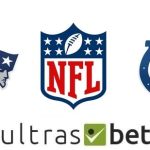