The Las Vegas Raiders are consistently starting QB Nathan Peterman. Jon Gruden expects them to be the perfect backup and under some circumstances, I‘m sure he can even start for Las Vegas. Head coach Jon Gruden is running a pass-oriented offense with Peterman being also a dual-threat who can hurt you with his legs. The defense is holding their ground even if playing against weaker oppositions. Sophomore players have gained muscle and show their readiness for the 2021 campaign.

The San Francisco 49ers are 1-1 after falling to the Chiefs and beating the Chargers. The 49ers are giving all snaps to rookie QB Trey Lance. He is showing some promise because he can bomb the ball downfield. The only bad thing is that he is prone to errors and he can easily lose concentration. That is also the reason why he is completing under 50% of his passes. But in the last game against the Chargers, he was more composed and won the game.

The 49ers are predominantly running the football and this is bringing them success. The Raiders showed some solid defense in the first two games and I expect them to continue this trend. There is a high chance the 49ers might win this game, however, a 3.5-point spread feels like too much. LAS Vegas has the personnel to keep this interesting till the end. 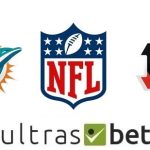 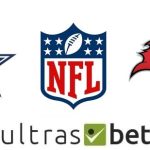