Miami Dolphins will play against Cincinnati Bengals on Sunday at Paul Brown Stadium.

The Miami Dolphins started the preseason with an awful game against the Bears where Tua was limited on offense. Against a weaker defense such as the Falcons‘, Tua managed to score a touchdown and also added 183 yards on 16 of 23 passing. Backup QB Jacoby Brissett was flawless as he went 8 for 8 with 99 yards and a touchdown. In conclusion, Miami is great against below-average defenses.

The Cincinnati Bengals opened the preseason with a win over Tampa Bay. QB Shurmur finished with just 108 yards and an interception, even though he played against players who will most probably not be part of the Tampa Bay roster a few weeks from now. RB Jacques Patrick, however, had a great game and he was the main reason the Bengals won. Against Washington, Patrick was also on a very good level but the QB Alle third n was a disaster at the center and Cincinnati lost.

The Dolphins are expected to rest Tua and he was the main reason they won last week. With both teams playing with string QBs, I can‘t envision there will be many points here. 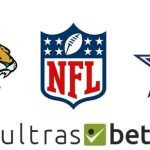