Orlando Magic are with 2 wins and 2 losses from the start of the season. They won their first game against Miami Heat 104-101, but after that, The Magic lost the next two games against Charlotte Hornets and Philadelphia 76ers. Orlando achieved their second win this season against Boston Celtics 93-90 in their last game. Nikola Vucevicare the best player from the team this season with 18.8 points average per game.

Portland Trail Blazers are 2-1 this season. The Blazers won their first two games against the Los Angeles Lakers (128-119) and San Antonio Spurs (121-108). Three days ago Portland lost to Washington Wizards with 124-125 after extra time. Damian Lillard has been performing very strongly since the start of the season, earning an average of 28.7 points per match in the first three games. He has the highest number of assists by averaging three assists per game.

The Portland Trail Blazers won their last three games against Orlando Magic. Given the great shape of Damian Lillard, I expect The Blazers will win this game at Amway Center in Orlando. 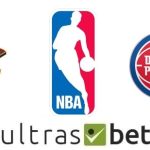 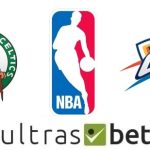