Boston Celtics won two games and lost two games since the start of the season. They made a strong start on the season against Philadelphia 76ers and won as hosts with 105-87. However, The Celtics lost to Toronto Raptors with 101-113 In their second game. The Boston Celtics quickly returned to the winning streak after a success against the New York Knicks with 103-101 as guests, but three days ago they lost their home game against Orlando Magic by 90-93. Jayson Tatum has achieved 17.5 points on average on a match, and he has the most rebounds – 10.5 on average per match. Will Jayson Tatum again perform at the level in the match against Oklahoma?

Oklahoma City Thunder still have no win this season after losing their first three games. They were expected to be defeated by Golden State Warriors with 108-100 in the first round, then sloping against the Los Angeles Clippers and losing 92-108. Oklahoma City Thunder also lost against Sacramento Kings 120-131 as Russell Westbrook played his first official NBA game this season. Westbrook was close to a triple-double, ending 32 points, 12 rebounds and 8 assists, but despite her strong performance, his team lost.

We expect Oklahoma City Thunder to win this time. The Thunder will play at home and Russell Westbrook can lead the team to the first win. 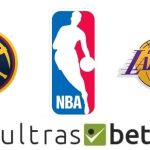