Portland Trail Blazers will play against Phoenix Suns on Thursday at Moda Center (Portland, OR).

The Portland Trail Blazers have lost their last three games and will now strive in their own room to win the Phoenix Suns. A day ago, Portland lost to the Dallas Mavericks with 102-111, before being defeated by San Antonio Spurs 131-118 and Denver Nuggets 113-112. The last success of the team was at the end of last month against Orlando Magic with 115-112. Damian Lillard leads the Pacers in scoring with an average of 27.3 points per game. Jusuf Nurkic is first in rebounding with averages of 10.4 rebounds per game.

Phoenix Suns is in a series of six consecutive losses. The guests were defeated by Sacramento Kings 122-105 two days ago. Three days before, Phoenix Suns lost to the Los Angeles Lakers Staples Center with 96-120. The Phoenix Suns have only 4 wins since the season. With 20 losses they are the weakest NBA team so far. Devin Booker leads the team in scoring with averages of 23.5 points per game. Deandre Ayton is first in rebounding with averages of 10.2 rebounds per game

The dominance of Portland Trail Blazers against Phoenix Suns has been quite large in the past year. The Blazers have won the last seven matches against this rival and expect to win again. 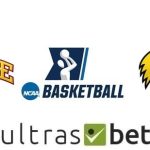 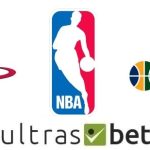