New Orleans Pelicans will play against Toronto Raptors in the NBA. The game is on Tuesday, October 22, at 8:00 PM ET and will be played in Toronto, Canada at Scotiabank Arena.

New Orleans Pelicans will not be happy with the news that their 1st round number 1 pick Zion Williamson will not play in this game because of an injury. It does not known yet how much time Zion will be out and will not be able to make his debut in the NBA. However, Lonzo Ball is expected to make his debut for Pelicans and with the absence of Williamson probably J.J. Redick will be playing a lot more at the start of the season. In the preseason New Orleans recorded 5 wins in 5 matches against Hawks, Bulls, Jazz, Spurs and in their last match they beat New York Knicks 117-116.

Toronto Raptors will start the defense of their championship but they will be without Kawhi Leonard who decided to sign with Clippers and play at home in Los Angeles for the first time in his career after being a Spurs player before that. Danny Green also left the Canadian team and joined Clippers‘ rival Lakers where he will play with LeBron James and Anthony Davis. That’s why Raptors offered a max deal to Pascal Siakam and he will remain on their team. They definitely got a playoff team but I don’t see how they can do more than reaching the playoffs this season.

In the upcoming match, I expect Raptors to win given the fact that Pelicans will be without Zion who is expected to lead the team in this season even though he is a rookie. 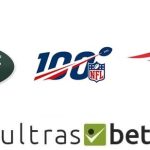 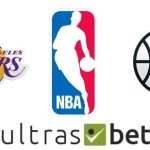