The Green Bay Packers are 8-2 with their 2 losses coming only after they have been exposed on the ground. The Packers tend to struggle with games that they do not have any control over. If you run the ball against them, do not turn the ball over that much and keep Aaron Rodgers off the field, you will be fine. But Rodgers is too good of an athlete and he is always able to make the impossible throw, in order to win a game.

The San Francisco 49ers are 9-1 with their only loss coming against Russell Wilson and the Seahawks. The best quarterbacks they faced not named Russell Wilson were Jared Goff and Baker Mayfield. And they are not part of the top 10 quarterbacks in the NFL. Last time out, they allowed 24 points and 2 touchdowns to Kyler Murray while Garoppolo threw 2 interceptions against one of the worst passing defenses in the entire league.

The 49ers are a good, solid team but the problem is that they haven’t faced any world-class QB and once they do, they lose. I’m not sure if this is a coincidence and they have every chance to beat the Packers but I believe that Rodgers will be difficult to be contained and they will lose their second game this year. 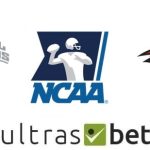 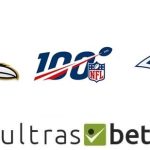