In the NBA playoffs, we will see Orlando Magic at Toronto Raptors.

The last time the Orlando Magic was in the playoffs was with Dwight Howard on their roster in 2011-12. They do not have a great team this season but the East is so weak that they managed to sneak into the postseason. The teams is averaging 107.3 points on 45.4 percent shooting and allowing 106.6 points on 45.6 percent shooting. Nikola Vucevic is the team’s leading scorer with 20.8 points per game and 12 rebounds while Aaron Gordon is adding 15.8 points and 7.4 rebounds.

The Toronto Raptors are in the playoffs for a sixth straight year but they are yet to get over the hump in the East. The team is averaging 114.7 points per game on 47.4 percent shooting and allowing 108.4 points on 44.9 percent shooting. Kawhi Leonard has been a big help for them after coming to Canada. He is averaging 26.6 points and 7.3 rebounds while Pascal Siakam is adding 16.9 points and 6.9 rebounds.

The Magic won 2 of their last 3 games against Toronto. The spread seems to be a bit high, given the fact that Orlando plays well against Toronto and the Raptors have the tendency to choke. 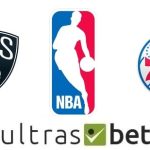 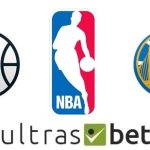