Oregon will play against USC in Week 16 of NCAA Football on Friday.

Oregon is 3-2 thanks to their great start of the season. They were on a 2-game losing streak since then as they could not beat Oregon State and Cal. As a whole, the offense is the one that is pushing the team forward. QB Tyler Shough has a decent season, completing 63.6% of his passes for 1389 yards, 11 touchdowns, and 4 interceptions. He is also scrambling very well from the pocket, having 256 rushing yards already.

USC continues to be a mystery as the Trojans are ranked 13th in the country, even though they haven’t played any elite teams this season. The victory over Utah was considered surprising but we all saw that the Utes are not the same team this season. USC has a great offense, averaging 319.2 passing yards and 35.4 points per game. QB Kedon Slovis is completing 70.3% of his passes for 1601 yards, 15 touchdowns and 4 interceptions.

Oregon showed incapability against subpar teams such as Oregon State and Cal. I don’t think they’ll be able to recover from these losses, especially against a hard-working team such as USC on the road. The Trojans showed a lot of character against UCLA and I’ll be shocked if they don’t win this one. 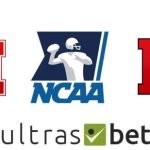 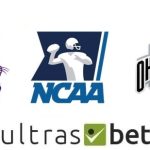