Northwestern will play against Ohio State in Week 16 of NCAA Football on Saturday.

Northwestern is 6-1 with a single loss to the Michigan State Spartans. Their defense is really respectable as there is just one occasion where they allowed more than 20 points. The Wildcats even managed to beat the tough Wisconsin team during the middle of the season, 17-7. The team is allowing just 14.6 points per game and the offense is mainly relying on rushing to get the victories.

Ohio State will be playing for a playoff berth here. They rarely win games by less than 20 points and their offense is one of the most explosive ones in the whole country. They are averaging 46.6 points per game with 281 passing yards and 251 rushing yards. QB Justin Fields looks like he is out of this world, completing nearly 80% of his throws for 1407 yards, 15 touchdowns, and 3 interceptions.

As good as the Northwestern defense is, Ohio State’s offense is just outstanding. They have multiple ways to hurt you and I don’t think the Wildcats are prepared for that. Ohio State’s talent is absurd and we will all witness this on Saturday. 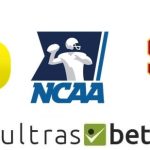 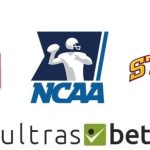