Oregon will play against Oregon State in Week 13 of NCAA Football on Friday.

Oregon started their campaign a lot later than everybody else and have just played 3 games so far. They won all of them but we can’t make any conclusions as their opponents were not that elite. QB Tyler Shough is doing a good job of passing and running the football. He has already rushed for 197 yards and a touchdown while completing 66% of his passes for 873 yards. The offense definitely counts on him and if he plays well, the whole team benefits from it.

Oregon State is 1-2 and things do not look good for them at all as they are destined for another loss here. The good news is that they stayed competitive in all of their games so far, so this could be a positive thing. The defense is underperforming, allowing 30.7 points per game but the offense is almost keeping up with its 26.7 points per game.

Oregon State is showing signs of competitiveness throughout the games and there is no reason for me to believe that this could change here. Oregon is also giving up a lot of yardage on defense and Oregon State should be able to keep it close for the most part. 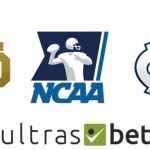