Northern Illinois is 6-2 after playing in numerous shootouts. The only games they lost were against Wyoming when they lost 50-43 and against over-performing Michigan, 63-10. The loss against Michigan was to be expected but the one against Wyoming just showed how bad the Huskies’ defense is. As a whole, the team is allowing 31.5 points per game and that is one of the worst defensive records in the country.

Speaking of bad defenses, here they are, facing the Kent State Golden Flashes. Kent State is even worse on defense, allowing 33.4 points per game. The Golden Flashes use mostly their rushing game, having two running backs capable of gaining first downs and a QB who can scramble.

On offense, both teams score around 29 points per game. This game just has over 66.5 points written all over it. Both defenses are leaky and they usually do not stop anything through the air and on the ground. Their offenses, on the other side, are just amazing, especially when they play against teams that do not know how to defend. 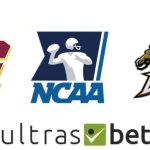 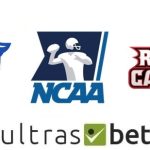