In a game from NFL Week 3, we will see New England Patriots at Detroit Lions.

The Patriots fought hard but eventually lost to the Jacksonville Jaguars on the road. We all know that Tom Brady finds it hard to play when he is pressured and the Jaguars can get to him at will. Apart from this game, the Patriots look very confident on the road, winning 6 of their last 8 games. Tom Brady is completing 67.6 percent of his passes for 511 yards, five touchdowns, and one interception. They just added Josh Gordon this week who will be expected to help Brady in the upcoming games on receiving end.

The Lions were pre-season favorites to be one of the wild card teams and now they’re sitting at 0-2. Things don’t get much easier as the Patriots will want to get above .500 when they visit on Sunday. The Detroit Lions have lost five of their last eight home games. Matthew Stafford is completing 61.6 percent of his passes for 633 yards, four touchdowns, and four interceptions. Their ground game is averaging 68.5 yards per contest and defensively they’re allowing 39 points.

The Lions’ defensive vulnerabilities will be exploited by the Patriots who won’t find it hard to get away with the W. However, I doubt that the teams will cover the over/under line. 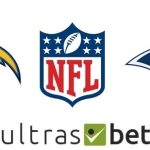 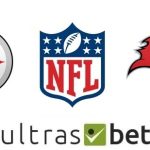